As most of you know, I recently spent a long weekend in NYC. And some of you also know that it was my VERY first time in NYC. What? Yup. You heard me. How can this be? How does a thirty-something craft cocktail writer NOT go to NYC until she is THIRTY-SOMETHING?

Well, let’s just say I made up for it in 2 1/2 days. I packed it in and I made the dream happen. Over the next few weeks, I am going to do some “mini” travel posts showcasing the photos and experiences I had at some of the most famous craft cocktail bars in the world. Even a few weeks later, I am still on a nerdy high from the experience.

Amor y Amargo is a tiny, 13 seat bar in the East Village, and is a ‘bitters tasting room’. This bar is dedicated to the love of bitters and the cocktails that showcase those bitters. ***Basically, don’t do what I did and have a negroni at another, not so awesome bar before you go. Because, cocktails like the negroni are their specialty. (It was one of the best negronis I have ever had).*** 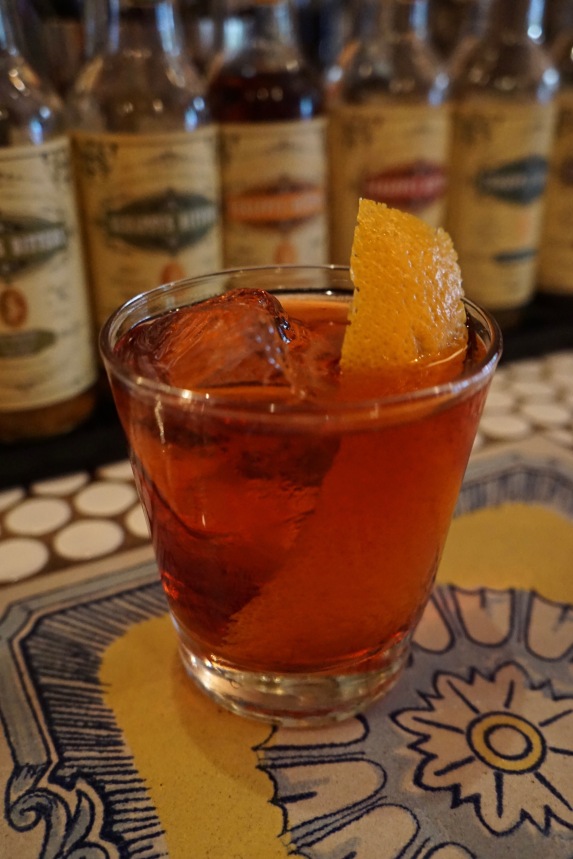 Amor y Amargo was originally started as a pop-up bar, not meant for a long-standing showcase —  but chalk it up to amazing timing, when craft bitters and the love for amari was starting to make huge waves not just in cocktail bars outside of big cities, but also with the consumer — and Sother Teague, Beverage Director at Amor y Amargo, decided it had lasting potential. I, for one, am glad they stuck around!

Amor y Amargo is talked about quite a bit in the world of craft cocktails, and I have heard about it from a variety of cocktail nerds — from my bartender friends, to bitters lovers and makers, to enthusiasts. In fact, when my friend Andrea (owner and operator of Bitters Lab) recently returned from NYC, she said Amor y Amargo was her fave and even brought me back an “I love bitters” pin. So, of course, Amor y Amargo was among the highest priority bars when I made my “craft cocktail bars to visit” list.

You guys — it kicked SO MUCH ASS. So much.

My friend and I arrived right at 5:00 when they opened. Since I knew it was so small, I wanted to be sure I got a great seat at the bar so I could nerd out (would the bartenders nerd out with me?? I had no idea…). The two bartenders there were so welcoming. I told them that I had been wanting to sit at their bar for a long time, and that opened up a great dialogue for the hour or so we spent there.

Yes, I got a good scolding for having a negroni before I got there, and rightfully so. BUT, we chatted through the menu, tasted a whole world of bitters, talked craft cocktails in Salt Lake, and Seattle, and NYC (one of the bartenders, Sean Johnson, had previously worked at Cannon, a very famous bitters and whiskey cocktail bar in Seattle), and I just had so much fun.

They even had a bottle of Bitters Lab bitters that I am sure they are going to create something amazing with.

Also, the cocktails were outstanding — meticulously thought out and made and presented with care. The menu is created by multiple bartenders, and produces some really unique, bitters-forward, but perfectly balanced beverages.

The 8 Amaro Sazerac was one of my favorites, as well as the Coa Strike (Suze, Zucca, Ancho Reyes, Reposado, Coca and Chile Bitters — Oh. Em. Gee.). We also really liked the Renaissance Man. But, I am sure that every cocktail on the menu is pristine.

I have to say, when you are a cocktail writer and photographer based out of little ol’ Salt Lake City, Utah — it is quite intimidating to talk shop with sometimes world-famous bartenders in NYC, but Sean was SO awesome and truly showed his love for the craft through our conversation.

Friendships truly are formed over a cocktail, that much is true. 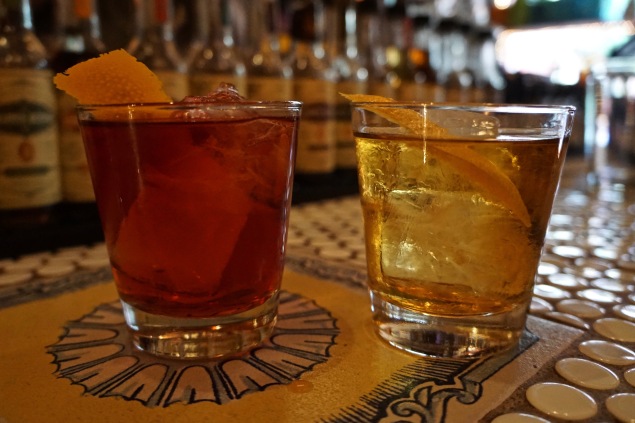 Thank you to Amor y Amargo, and Sean in particular, for being so incredible…and for the attention to detail they put into their business, craft, and care of their customer. I was truly wowed by the entire experience!

I will sport my “I love bitters” pin, forevermore! 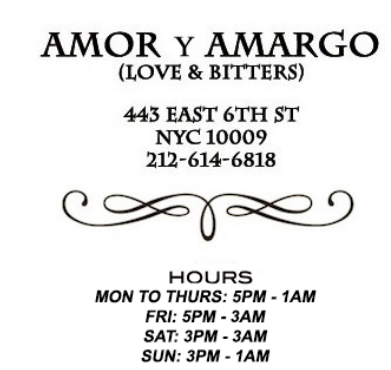 View all posts by Chelsea Nelson

Welcome to Ritual & Craft, a Cocktail Diary brought to you by Chelsea Nelson. Get ready to click those glasses together and delve into the ritual of creating beautiful craft cocktails. • All photos, content, and recipes copyrighted by Chelsea Nelson • 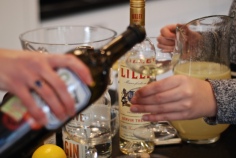 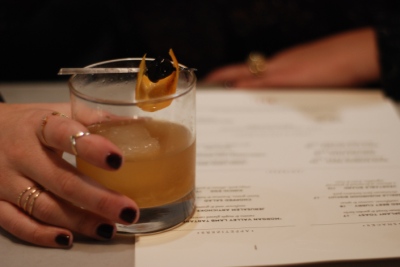 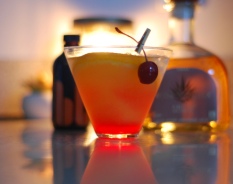 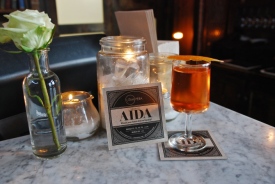